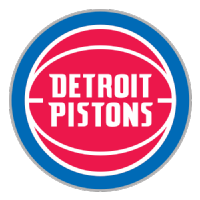 Jaden Ivey is a 19 years old sophomore combo guard playing for Purdue University in the Big Ten conference of the NCAA. He is 6'4 (1m93), 195 lbs (88kg) and is rumored to have a 6'7  wingspan. Some sites claim his wingspan is 6'10, so we'll have to wait until combine to be certain. He is the son of ex-NFL player Javin Hunter and ex-WBNA player Niele Ivey, who is also the head coach for Notre Dame women's basketball team. Jaden's mom also had a one year stint as an assitant coach on Taylor Jenkins' staff with the Memphis Grizzlies. She has a lenghtier Wikipedia bio than her son, which tells you a lot about the athletic heritage of his family. The Iveys are serious about sport. His grandfather James Hunter was also an NFL player. It runs deep.

Why does that matter? That makes Jaden Ivey one of the most prepared, mature and self-aware player in this draft class. You can already notice it in interviews where he is calm, obviously drilled to media questions and appropriately bored. He doesn't seem to care about the attention. There are already signs that Jaden wants to live up to his family's legacy too. His stats have literally blown up from his freshman to his sophomore season: He went from 11.1 to 16.9 ppg, 1.9 to 3.3 apg, 40% to 53% efficiency from the floor and from 26% to 43% from three point range. The kid fixed his shots in a wonderful way over the summer. The decision to remain in school was the right one and it is already bearing fruit.

His strenghts speak for themselves when you watch film. Jaden is an electric athlete with vertical, horizontal and lateral explosiveness. This is pretty rare that prospects have all three of these forms of athleticism. He has a brilliant first step that will put NBA defenders on notice and he has the ability to stop on a dime. That kind of explosiveness is a great asset ON the ball, but OFF the ball too in transition situation or in halfcourt, playing from another ballhandler. It's really hard to guard him with your back to the basket. It doesn't matter if a defender is quick and strong, with enough strength and experience he'll dribble back and forth until he can catch him off guard. He already has the hesitation dribble moves in his arsenal to do it.This body and athleticism also translates in an amazing finishing ability above or below the rim. Jaden has a great control of his body through contact and doesn't panic int he air. He's got beautiful scoop finishes to spare too.

That elite athleticism also translates in great defense when he's engaged. He looks slender, but he actually has a very mature body for a college player and could already rival physically with some NBA wings on the perimeter. Right now he's solid on ball, but as a help defender it's a little more complicated. That could be a byproduct of how Purdue plays because he's got a good nose for passing lanes (1.5 spg) and loves to initiate transition play whenever he can. It will serve him will in the NBA as he'll distrupt lazy offenses and help his team get easy points with his immaterial speed. Bigs who can run the floor will love him.

Jaden's got a lot to work on, though. Although his shooting improved leaps and bounds over the last year, he's not a natural at creating for himself. His handle can get a little slow and obvious whenever he's trying to dribble himself into a rhythm and NBA defenders are going to have fun picking his pocket. He drives to the basket like Kyrie Irving, but he doesn't dribble like him at all, so I'd like to see him tighten it up a little bit. A lot of his three point shots have come off screens this year in Purdue, which is great because he might not get the keys of the offense right away in the NBA and he'll need to find ways to make himself valuable. There's not enough of a catch-and-shoot sample to form an opinion on it because it's not his role at Purdue and he'll need to do it in the NBA. The finishing improvement is great. The three point shot improvement is MASSIVE, but he's not enough of a versatile shooter yet. This summer's improvement makes me believe that he will be, but there's a LOT of work ahead.

I'm also worried about the rigidity of his playing style. Although he doesn't have an alarmind usage rate (26,4%), he needs the ball in his hands to be efficient and he's not the most gifted offense creator. People tend to compare him to Ja Morant a lot because they move similarly on the hardwood, but he's nowhere near that type of creator. Jaden creates for his teammates by driving hard and collapsing the defense. He's primarily a drive-and-kick player and doesn't have much vision of nuance to how he plays. His athleticism allows him to finish passes in the NCAA, but in the NBA guys are going to sniff out his playing patterns very quickly. The passing angles he created now won't be there in the NBA. He needs to learn how to play forward and not always lead the charge. His playmaking is very stiff and this isn't going to cut it at the next level. I know he thinks like a playmaker, though. He knows his personel, how they like their balls and whatnot, but he needs to add a little finesse to his game.

In conclusion, I think Jaden Ivey is destined to be a great pick-and-roll ballhandler in the NBA. He's not a surefire thing and few variations to his play he offers in the NCAA worry me a little bit, but he's got all-star potential. He's an elite athlete and he will be an elite athlete in the NBA as well, which is the building block you need in order to create a dominant player. He's proven to have the work ehtic and the self-awareness to improve. Most certainly a top 10 player in the draft. Perhaps even a top 5. 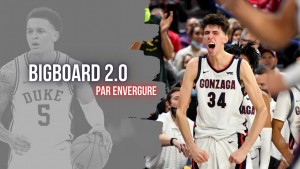 Hugues Dehalle Il y a 1 an